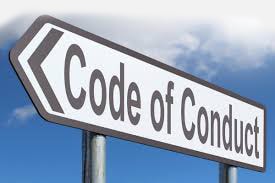 (Since I don’t know individuals’ pronouns involved in this post, they/them is used instead.)

This post was triggered by three of PyTest maintainers leaving the project in a single day. That’s 3 out of 4-5 active developers of a project which is relied on by a massive part of the ecosystem to test their projects/software/library. So it really is a big deal (obviously not as big of a deal as covid19 which is happening these days ;) ).

The first person to leave was Bruno Oliveira:

For the past years I’ve been part of pytest, which is an awesome library and also a community with awesome people. It definitely made me a better person and better programmer.

However, the past months or so one individual has drained my will to work on the project because of his interactions, so I decided it is best that I leave the project for a while and focus on other things.

I of course wish the project and everyone involved the best, and will definitely continue to work on my numerous plugins meanwhile.

Immediately after Anthony Sottile and Ronny Pfannschmidt left for a similar reason. It seems there have been discussions in PyTest’s CoC committee which have not come to a satisfying conclusion: judging from the fact that two of the three developers who have stepped down are/were in PyTest’s CoC (Code of Conduct) team, one of them removing themself from the committee and this email by Brianna, another member of the CoC team:

As one of the Code of Conduct (CoC) committee members ( https://github.com/pytest-dev/pytest/blob/master/CODE_OF_CONDUCT.md ) I want to apologise for the poor handling of issues that have led Bruno, Anthony and Ronny to step back from the project. As a group we failed to act decisively and now people who have contributed so much to pytest are suffering, and for that I am sorry.

I intend to reach out to the PSF Conduct Working Group and ask them to advise us on a way forward.

I’m very curious to see how it unfolds and what the PSF’s CoC team thinks about the issue, but having my CoC related experience (writing them, serving in CoC committees, dealing with the same issues in other open source projects, etc.), I don’t think there’s an easy answer to the issue.

Before talking about potential solutions, we need to understand what has been happening. It is really important to note that I’m not a PyTest developer/maintainer and I’m trying to understand the issue from an outsider’s perspective, and the reason I’m writing this post is that this issue is by far not unique to PyTest, and as a community we need to be better equipped to deal with such issues.

It seems the individual in question is Daniel Hahler who has been very active in PyTest’s development since about June 2019. Unfortunately, not all interactions with this person have been productive or pleasant. As an example of an interaction which has frustrated Bruno, they have pointed to this PR/comment thread, which I completely agree is a very unpleasant interaction. However, when it comes to CoC violations, if I were in PyTest’s CoC committee, I would have a hard time deciding whether this single instance warrants banning Danial from the project or not. Therefore I decided to dig in and see how other interactions with them look. Here you can see the list of PRs where Daniel has been involved either as the author or as a reviewer. A quick look at the conversations shows that clearly not all interactions are hostile, but by looking at just the first page, I found these examples clearly not nice: this, this, and this one. One could argue that some of the frustrations are miscommunications or cultural differences; but even then, my judgment is that they are not constructive or respectful, at all.

Now putting all the instances together, it is very clear to me that this person is creating an unpleasant and disrespectful environment. But does this warrant Daniel’s removal from the team? Here’s PyTest’s CoC, and as examples of expected behavior it states:

And in the enforcement section, it states:

Project maintainers who do not follow or enforce the Code of Conduct in good faith may face temporary or permanent repercussions as determined by other members of the project’s leadership.

Now this seems like a very clear case of violation to me, and the CoC seems to have defined a clear consequence of those violations. Then why is this person still on the project?

Unfortunately dealing with CoC cases is usually very complicated and in my experience, even in cases where it seems very clear what the judgment should be, the committee does not easily agree on a single course of action, as very apparent from this case as well. Let’s talk about some of the reasons:

In my experience, these [and many other] reasons prevent a candid, timely, and decisive decision by the CoC committee. However, understanding the challenges does not make individuals who feel strongly about the issue feel better about the indecisiveness or lack of action, and as somebody who has been in that position, I completely understand them.

So what can we do to improve the situation?

I believe having external people in the CoC team helps with providing an outsider’s perspective. They may have a more objective understanding of the situation than people who are closely involved with the case. That said, many teams may be averse to the idea since it would mean letting an outsider in the team, and in a place which is very intimate and close to the heart of many communities. Understandably, people don’t want to give control to an outsider. However, our community is larger than a single project’s community, and we could help each other out. This doesn’t have to be a centralized place like the PSF to handle all the cases (of course they can be a great place for advice), instead it could be a group of trusted and respected people who are rather experienced and concerned about these issues, and could sit in different CoC committees.

Another issue is that handling CoC cases is hard, unpleasant, and is not a trivial skill. Unfortunately in the broader community we don’t really appreciate these skills [yet] and most people are extremely inexperienced in this regard. As a consequence, when a project appoints a CoC committee, most probably many members of the committee have not had any experience handling CoC cases.

I remember after handling a difficult CoC case, I reached out to people who were CoC contacts of different projects to inquire about enforceability of a given CoC, and almost nobody had any satisfying answer. This is a result of us as a community having no clue about how to enforce our CoCs, and sometimes the legal challenges attached to the issue make it harder. For instance, somebody violating a CoC may not be breaking any laws (CoC are usually more strict than the laws of the given country), and therefore it is really tricky to enforce that CoC in a public event. This and many other related details are not things which you can expect a usual developer in a project to know about.

As I see it, our communities have embraced having a code of conduct in one way or another. These CoCs may not be perfect, but they’re a step towards the right direction (IMO). Then we had issues enforcing and actually implementing them, and larger communities who have already had cases are now more equipped with the tools they need to handle the cases. What needs to happen next, is for us to openly talk about our cases without revealing the identities of people involved. We should have a conversation about the details, and learn from one another. We should also celebrate people who know how to handle these cases, know them, and reach out for help when we’re not sure what to do.

I’m very happy that this incident has attracted some attention in the community, and I hope we learn from it and keep our communities more respectful and healthier than what they are now. Afterall, this is one of the reasons we are not really good at diversity and inclusion in our communities and improving on this front would help with D&I as well.